GETTING UP CLOSE AND PERSONAL 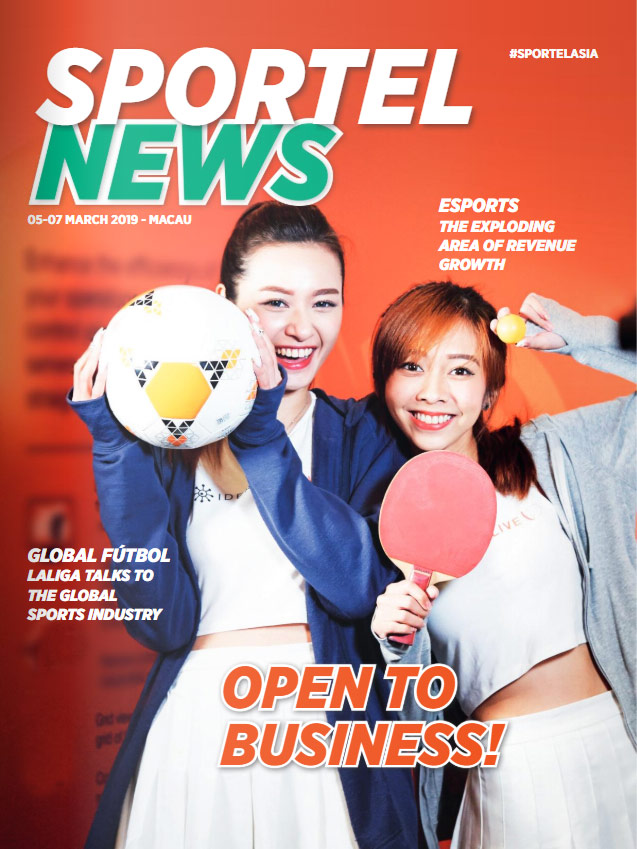 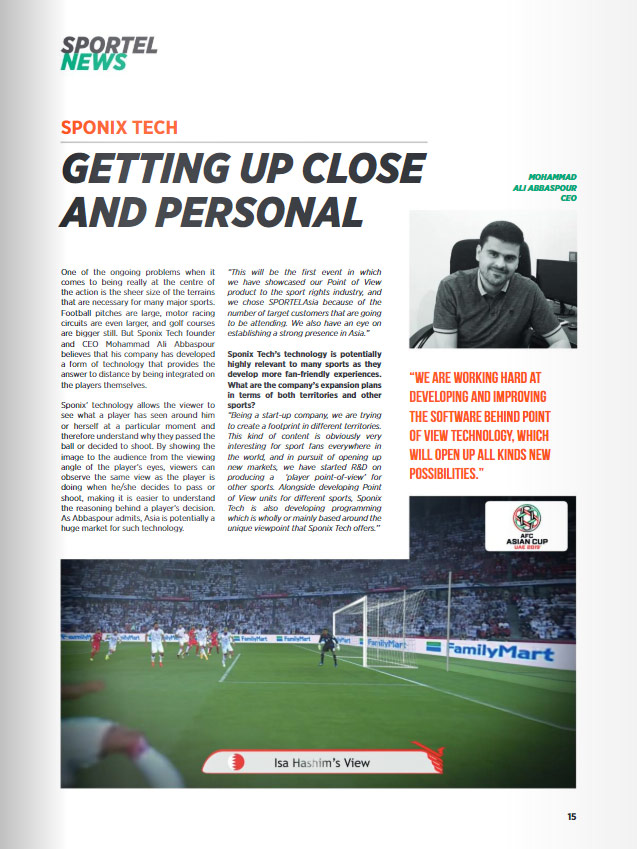 One of the ongoing problems when it comes to being really at the centre of the action is the sheer size of the terrains that are necessary for many major sports. Football pitches are large, motor racing circuits are even larger, and golf courses are bigger still. But Sponix Tech founder and CEO Mohammad Ali Abbaspour believes that his company has developed a form of technology that provides the answer to distance by being integrated on the players themselves. Sponix’ technology allows the viewer to see what a player has seen around him or herself at a particular moment and therefore understand why they passed the ball or decided to shoot. By showing the image to the audience from the viewing angle of the player’s eyes, viewers can observe the same view as the player is doing when he/she decides to pass or shoot, making it is easier to understand the reasoning behind a player’s decision. As Abbaspour admits, Asia is otentially a huge market for such technology. “This will be the first event in which we have showcased our Point of View product to the sport rights industry, and we chose SPORTELAsia because of the number of target customers that are going to be attending. We also have an eye on establishing a strong presence in Asia.” Sponix Tech’s technology is potentially highly relevant to many sports as they develop more fan-friendly experiences. What are the company’s expansion plans in terms of both territories and other sports? “Being a start-up company, we are trying to create a footprint in different territories. This kind of content is obviously very interesting for sport fans everywhere in the world, and in pursuit of opening up new markets, we have started R&D on producing a ‘player point-of-view’ for other sports. Alongside developing Point of View units for different sports, Sponix Tech is also developing programming which is wholly or mainly based around the unique viewpoint that Sponix Tech offers.’’